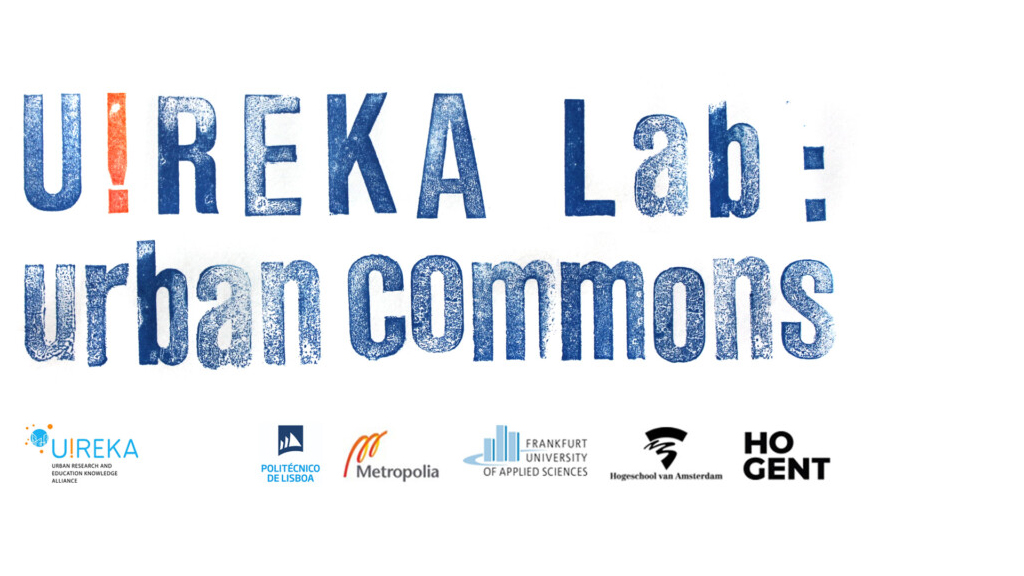 The U!REKA Lab: Urban Commons is a joint project of the U!REKA partner universities in Amsterdam, Ghent, Frankfurt, Helsinki and Lisbon. Established in 2019, this international and interdisciplinary blended learning and research project deals with urban commons and focuses on different co-creation initiatives in these cities.

During its first operational year (2020) the local student groups from our participating institutions are studying the theoretical framework of urban commons as well as different urban commons initiatives by examining their orientation, aims, structures and ways of working. In the following years, the same issues will also be more systematically researched based on visual, artistic and documentary approaches, such as documentary and creative videography, (actor) photography and mappings.

The approach in the Urban Lab includes participatory methods and aim at including the actors and local commoners in a co-creative process of knowledge creation. The overall goal is to compare different approaches and concrete examples in each country and form a more holistic view on what urban commons and commoning could mean in the cities of the future: from social life and culture, to mobility, elderly care, climate change and housing. This could lead to common publications and research projects and the consolidation of a seminar as part of a common study programme of the U!REKA European universities in the long term.